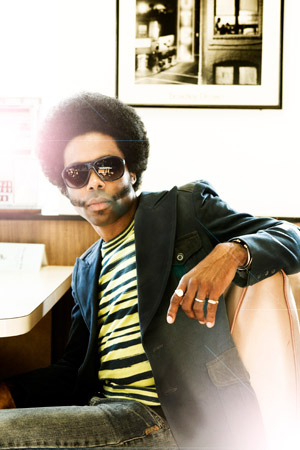 To date, Alex Cuba has received three International Touring grants and one International Marketing grant from the Radio Starmaker Fund and they have had a powerful impact on his burgeoning career.

The International Touring grant received this spring allowed Alex to play his first-ever European tour, performing in the UK, Spain, Germany and Turkey. All European dates except London were live debuts. Direct results from these trips included higher media profiles in those markets, digital sales, the reinforcement of new booking agency relationships and licensing opportunities in two of the territories. Because this was a first-time run without formal distribution or licensing partnerships in place, the fees offered were understandably low. Costs were high and with Alex owning his own label (Caracol Records), this trip could not have happened without Starmaker’s support.

The touring and marketing grants Alex received have been critical to his growing profile in America. Due to its size and competitiveness, the U.S. demands a consistent and determined effort which is usually cost prohibitive for independent Canadian artists. The RSF has enabled Alex to build momentum by growing his hard ticket base in key cities like New York, Chicago, Los Angeles and Miami. It has also given him the opportunity to generate a higher media profile nationally and regionally, while building retail impact and establishing Alex within the industry. Twenty U.S. dates have been funded so far including tour dates and key showcases at the 2010 Billboard Latin Music Conference and the Latin American Music Conference.

The marketing grants covered digital advertising, media relations and retail initiatives for Alex’s 2009 release “Agua Del Pozo”. Highlights of our achievements with the release include being the #1 Latin Album download debut on iTunes U.S. for “Agua Del Pozo” and “Alex Cuba”, as well as building a media profile in outlets like the New York Times, Boston Globe and Miami Herald. We were also covered in outlets like popmatters.com, given radio and online support on NPR and KCRW and most recently, received two 2010 Latin Grammy nominations for “Best New Artist” and for “Best Male Pop Vocal Album” for “Alex Cuba”.

As an independent musician who owns his own masters, Alex Cuba understands the costs and commitment involved with building a successful, global career. The RSF has been an integral part of Alex’s ongoing growth and success. Gracias Starmaker!