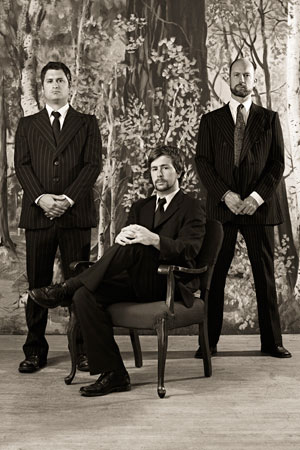 The Radio Starmaker Fund hasn’t only been helpful in the development of Elliott BROOD - it’s been essential. For a small independent band on an independent record label, the key to success is reaching an audience and then expanding that audience. Both at home and abroad, Starmaker funding has allowed us to do just that and attain measurable results.

We now headline tours in 750 - 1,000 capacity rooms in all major domestic markets and have been invited to perform at nearly all the major music festivals in the country. Marketing grants have also allowed us to increase our profile through print, radio and online advertising promotions. This increased awareness and listenership has resulted in Juno nominations for our last two releases as well as being shortlisted for the Polaris Music Prize.

Starmaker assistance has been even more important on an international level. We have been able to support album releases in Australia, Europe and the U.S. With the help of international touring grants, we have been able to make multiple trips to Europe, allowing us to return and nurture those growing audiences. The expanding popularity of the band in Europe has seen us invited to key festivals such as End Of The Road in England, Primavera Sound in Spain and The Spot Festival in Denmark. Grant monies have also enabled us to perform at numerous promotional events and appear on both radio and television, reaching audiences beyond our live shows.

Elliott BROOD is a touring band. Before Starmaker’s help, it was our philosophy that the only path to success was consistent touring in order to create and maintain a loyal fan base. The Starmaker Fund has allowed us to leverage that philosophy and continue to tour on a much larger scale. As a result, we have seen our audience blossom both at home and throughout the world.

The RSF has been an essential and necessary component to this band’s success. Through a combination of supporting both touring and marketing initiatives, Starmaker has been key in the ever-expanding popularity and demand for the band. It has provided us with much needed financial backing and allowed us to reach levels we simply could not have achieved on our own. We are proud and humbled to be amongst the great Canadian artists who are able to continue to export our music around the world.