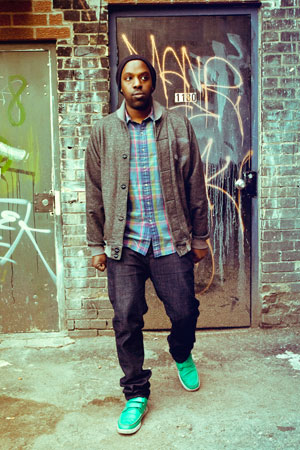 Since the release of “The Old Prince” in 2007, Shad has established himself as one of the most important young voices not only in Canadian hip hop but in the Canadian music scene in general. “The Old Prince” garnered national praise, netting Shad award nominations for a Juno, Polaris Music Prize, an Indie Award and multiple MuchMusic Video Awards. These accomplishments, thanks in large part to the support of the Radio Starmaker Fund’s programs, set the stage for the release of “TSOL” in May of 2010.

The album was released to great fanfare. A national headline tour once again supported by Starmaker generated a great deal of awareness for the release. The tour support money was used to subsidize a number of expenses, including the purchase of Shad’s first tour van. It also helped to alleviate the burden of personal finances for both Shad and his crew while on the road, contributing toward staffing and production elements for the tour. The dates were a great success, helping to strongly propel “TSOL” out of the gate.

The success and momentum of “TSOL” gave Shad the opportunity to tour Canada in the Fall of 2010 alongside fellow Canadian urban artist, K’naan. This national tour hit 1,500 to 2,000 seat venues and was K’naan’s first headline run since the international success of his single, “Wavin’ Flag”. With support from the RSF’s Domestic Marketing program, Black Box was able to establish a broad and high profile marketing and awareness campaign executed alongside these dates. The funding allowed Black Box to undertake marketing initiatives that would not otherwise have been possible, including MuchMusic television advertising, high profile/impact print advertising, online advertising and retail signage. Black Box’s ability to piggy-back these marketing initiatives on the back of such an important national touring opportunity will continue to build and sustain the release of “TSOL” through the holiday season and into 2011.

In a more recent development, Shad’s album was released in the United States through Black Box via Fontana distribution in early October of this year. Again, the support received from Starmaker’s International Marketing Program has given Black Box the opportunity to partner up with some very important allies. Whether its Decon’s Creative Marketing solutions, Cornerstone’s national street team, Biz3’s publicity campaign or Co-Sign’s national radio campaign, it was the supplemental funds made available by the RSF that has made these efforts possible. In order to support the release, Shad also confirmed a national U.S. tour alongside K-os. This opportunity was only made financially viable thanks to the support of the Radio Starmaker Fund’s International Touring Program.

Shad and our whole team at Black Box would like to thank the Radio Starmaker Fund for all of their ongoing support. We can say with absolute certainty that this help has contributed significantly to the growth of Shad’s career in Canada and that none of the opportunities that we are taking advantage of in America would be possible without the RSF's involvement. It is by far the single most influential support that we receive. We hope musicians continue to receive the support they need in order to provide these types of opportunities to artists like Shad.