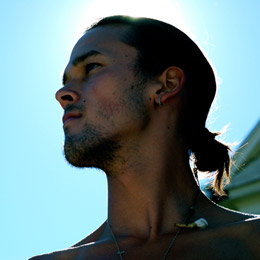 The Radio Starmaker Fund has played an integral role in Justin Nozuka’s success both domestically and overseas. Having been awarded domestic and international touring monies, Justin was able to spend a great deal of time on tour promoting his sophomore album “You I Wind Land and Sea”. With Starmaker’s funding, Justin was able to tour Canada twice in 2010, which gave him the opportunity to expose his music to a much larger audience. This led to a 2011 Juno Award nomination for “Adult Alternative Album of the Year”, a category he shared with Neil Young. Starmaker’s support also helped the French version of Justin’s second single “Heartless (La Promesse)”, reach #1 on the Quebec Francophone Palmarès BDS Chart. Starmaker’s international marketing grant gave the song an extra push in France, which led to Justin winning the 2011 NRJ Award for Francophone Group/ Duo of the Year at the NRJ Awards in Cannes. Starmaker’s support for Justin Nozuka has allowed him to take his musical career to new heights.