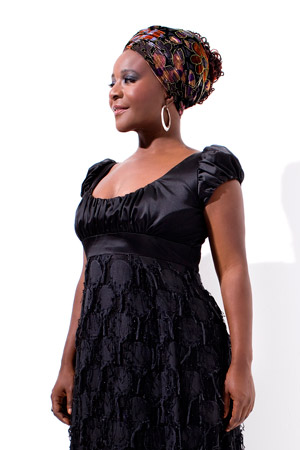 Nowadays, selling 25,000 copies of a debut album can be considered a great success for a young singer. Soprano Marie-Josée Lord did just that in less than a year, which for an opera singer is an exceptional achievement. Before the release, we were already aware of her potential as a “pop” artist and we knew that we had to have a very special advertising and publicity campaign, which the Radio Starmaker Fund greatly helped us build.

Marie-Josée had previously been in the cast of the symphonic version of Starmania (a Luc Plamondon musical, orchestrated by Simon Leclerc and presented by the Quebec and Montréal Operas) and she had participated in a fundraising event for the Haiti earthquake. But as a classical singer, the challenge was to reach an audience wider than simply fans of opera. Her debut offered popular arias but was still a straight classical release. Starmaker played an essential role in creating a marketing campaign aimed towards a more mainstream audience.

With its support, we were able to promote the CD in all the key media. Marie-Josée did great TV interviews, everyone who saw the “Tout le monde en parle” television show remembers the infectious laughter of Marie-Josée! In Quebec, Tout le monde en parle is viewed by 1.5 million people each Sunday evening. Her recording has just been nominated for the Classical Vocal Release of the Year award at the ADISQ gala.

A year and 25,000 copies later, we can say this accomplishment has helped broaden the classical genre in Canada. It’s very rewarding to have made a pop success with a classical artist. Marie-Josée Lord is now an established artist who reaches an audience much wider than opera lovers and she’s looking forward to pursue her Canadian career and develop an international audience.