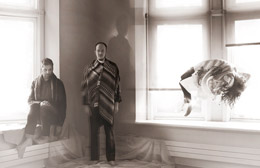 With the help of the Radio Starmaker Fund, Timber Timbre was able to tour Europe for the first time in September 2009 and begin a campaign in what would become the band’s most successful market outside of Canada. Marketing monies led to a substantial campaign which, combined with the tour, led to Timber Timbre’s first international breakthrough in France. With continued RSF support through the 2011 release of “Creep On Creepin’ On”, Timber Timbre has been able to build momentum in markets across Europe and add a professional crew, tour manager and sound engineer. This has dramatically enhanced the touring experience for the band and live experience for fans. The ability to tour without financial concerns has allowed Timber Timbre to build a successful international career, playing to sold out audiences across Europe and at home in Canada. There is no question that without this funding, Timber Timbre would not have been able to take advantage of many of the opportunities that presented themselves over the past two years.