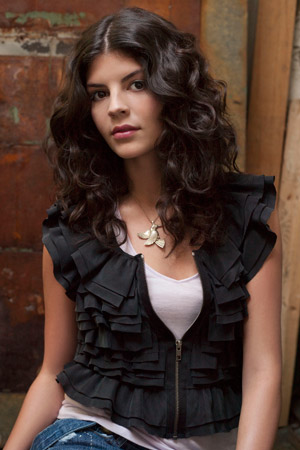 Throughout her short career, Nikki Yanofsky has received 6 grants (as of Sept. 27th, 2011) from the Radio Starmaker Fund that have undoubtedly played a key role in her on-going worldwide success.

The first domestic marketing grant was utilized in our strategic 2nd phase plan to take Nikki’s 2008 debut “Ella… Of Thee I Swing” to gold status over the holiday season… and it succeeded. This phase of marketing allowed us to keep Nikki’s brand and her music visible to a lifestyle-oriented demographic as we bridged into her studio debut in 2010. With the funding received from Starmaker, we were able to reach new demographics in Canada, build on our English Canadian sales and maintain her visibility at AAA radio in her home province of Quebec. Extensive campaigns included specialized demo targeting in print (Globe & Mail, Montréal Gazette, Vancouver Sun), at radio (JazzFM, Planete Jazz), television (Bravo, TLC, Food Network) and through retail initiatives (signage, listening posts and artist inclusion in promotional flyers).

In addition to traditional print, radio, television and retail initiatives, our 2nd domestic marketing grant was used on 2010’s “NIKKI” album to hire new media firms for digital advertising and utilize demo targeted on-line banners. Within 4 months, the album was certified gold and reached #1 & #5 on the iTunes Jazz and Top 200 Soundscan charts in Canada, respectively.

Furthermore, the international touring grants have played a key role in developing Nikki’s visibility and sales outside of Canada in primary markets such as the U.S., France, U.K. and Japan - as well as supporting her performances at major European jazz festivals like Montreux, North Sea and Strasbourg.

For a jazz artist in a contemporary market dominated by Top 40 radio, it can be difficult to compete on a commercial and global level but with support from the Radio Starmaker Fund, Nikki Yanofsky has been able to do just that.