Message From The Chair 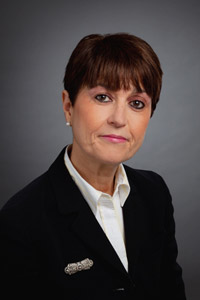 It is my pleasure in my first year as Chair of the Radio Starmaker Fund to present our outstanding results from the fiscal year 2011-2012.

This year marks a homecoming for me because, as Executive Vice-President, Policy and Regulatory Affairs at the Canadian Association of Broadcasters, I had the pleasure of incorporating the Radio Starmaker Fund in October 2000 and running the inaugural Board meeting in March of 2001. It is remarkable to see how this very important funding instrument has evolved in the 10 years since that first meeting.

When we created the Starmaker fund in the spring of 2001 and tackled the difficult task of inventing the operational mechanisms, we had $2 million in the bank and an estimated $14 million in the pipeline. By September 2001 that number had grown to $23 million and we planned on giving out $3 million per year. As I finish this first year as Chair, I am very pleased to report that we distributed almost 3 times that much in this past year ($8.9 million), and the Fund is now sitting at estimated lifetime earnings of over $100 million.

One of the biggest areas of concern for me as we invented the Fund in 2001 was that this fund would be Artist centered; that we would be able to target funding directly into the hands of artists who create the content and contribute to our cultural landscape. I am very pleased to see that 44% of the funds granted last year ($4.8 million) was used for touring support, which is paid directly to artists to further their careers.

We were also concerned that we could provide funding for Canadian artists pursuing their careers beyond our borders. At the time it was a revolutionary thought in funding circles that money would be spent outside of Canada. Now with a global medial market, international touring and marketing is accepted as a common and critical component to any successful music career. This year our international programs accounted for more than 40% of our total funding.

At our first meeting in 2001 the Board members felt it was very important that Starmaker provide a consistent and predictable funding system based on objective criteria. This was necessary to ensure that artists and labels that achieved some measure of commercial success could count on support without facing undue delays or lack of funds in our programs. I was pleasantly surprised to see that over the life of the fund 90% of applicants are approved for funding and receive on average over 80% of requested funding.

Finally, a major concern in 2001 was that the fund would be flexible and adaptable. When Chip Sutherland suggested in 2001 that we should build a fully web-based digital platform for applications I had no idea that 10 years later it would work so smoothly and still be the only fully web based digital funding mechanism in this industry.

We also wanted to make sure that the fund stayed fresh, provide funding to a variety of companies and be targeted to those initiatives that provided the best and most meaningful support to artists. I believe we achieved all of these objectives. Last year in response to a concern over threshold criteria the sales criteria was lowered for pop/rock artists to 7,500 units (12,000 units for major labels) and this resulted in a substantial increase in new artists to the fund from 16% in 2010 to 25% in 2011. In total new artists last year received over $2 million or 23% of our funding. This ensures that the fund is staying fresh and relevant which is critical to me as a broadcaster.

I am very excited to see these excellent results. It is very satisfying for me to see such a successful growth and development of the fund that we started over 10 years ago with just a concept of making “a substantial and discernible difference” to Canada artists. Thanks to the hard work of board members over the years and the commitment of our excellent Starmaker staff, Chip Sutherland, Rachel Oldfield and Jerry Leibowitz, I am pleased to say “Mission accomplished”.

‹ Previous Next ›Board of Directors