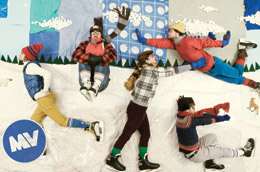 After three tours and thirty-seven dates in Europe, Misteur Valaire was still trying to break this very important territory. With the help of the Radio Starmaker Fund, they have played fifty-eight more shows in France, Belgium, Switzerland, the U.K. and Germany. Starmaker has made the difference in developing the band in these countries, helping them to build their reputation as an incredible live act and growing their fan base. They had the chance to perform at major festivals which helped the band be discovered by thousands of new people who have since become fans. As a result, their popularity is growing in Europe, leading the band to expand their upcoming tours and open up new territories. Some of the festivals where the band played were also attended by important music industry players from all over the world, which will certainly help the band’s development worldwide in the future. The Fund also contributed to support album promotion, mainly in France and Germany. We’ve been able to efficiently promote, poster and track songs at radio, which helped to get two songs airplay and to garner publicity, album sales and downloads in these new territories.