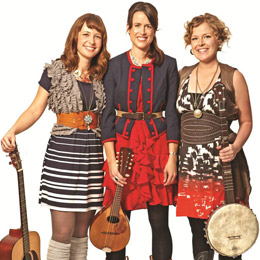 “Let The Rain Fall” is the third release for the Good Lovelies and the first to be fully distributed around the world. Monies from the Radio Starmaker Fund gave them the opportunity to hire publicists in the U.K. and U.S to support the release of the album internationally. They received excellent coverage in both national and regional publications as a result. In addition to this, these monies allowed them to travel with an upright bass player on all their tours, which is key for presenting their material to its best potential. The funding has helped the band tour the U.K. twice, Australia once and the U.S.A. and Canada multiple times. In the U.K. we were able to see excellent growth between the two tours. Many of the shows were sold out on the second tour and we expect to be able to push up to larger venues with the release of the next album. The Australian tour was their first foray into the market and was exceptionally successful. American touring has been constant given the size of the market. Starmaker has also supported showcasing at performing arts conferences such as APAP, Midwest Arts, Pacific Arts and others. These are expensive but very important conferences that have resulted in tens of thousands of dollars worth of theatre bookings throughout the States for the group in 2011/12/13.