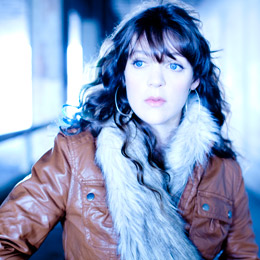 Amelia Curran proudly carries on Canada’s legacy of top-quality songwriters; she has been heralded as the voice of the next generation in the tradition of Leonard Cohen, Joni Mitchell and others. Amelia’s work has been recognized with back-to-back Juno nominations (she won for her album Hunter, Hunter in front of an adoring hometown crowd in St. John’s in 2010) and she continues to build her reputation as one of Canada’s pre-eminent folk poets. Beyond the support Amelia has received to reach this level of respect and success in Canada, the Radio Starmaker Fund has also given Amelia the chance to bring her music abroad. With Starmaker’s help, Amelia has toured the UK, Ireland and the Netherlands repeatedly in the last few years and is enjoying growth in these touring markets. She now has a booking agent and publicist overseas. Starmaker has made it possible and viable for her to continue to build at home and internationally.