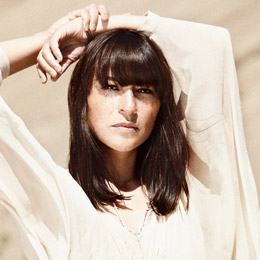 Elisapie’s 2009 solo debut There Will Be Stars was a major success in her native Quebec selling 25,000+ units and was supported extensively by the Radio Starmaker Fund. That success, presented a unique challenge for Pheromone Recordings’ late 2012 release of the follow-up, Travelling Love, in a manner befitting a star in Quebec – while continuing to support her development in English Canada. The Radio Starmaker Fund was an indispensable part of that effort. The Quebec launch was all-encompassing and included print, outdoor media, TV and digital initiatives, all funded by Starmaker. As Elisapie’s management company, Avalanche Productions has always recognized the importance of live appearances as a key element in the development of her career. The RSF has given Avalanche the ability to support meaningful touring activities to reach communities in a vast country such as Canada, thus strengthening the marketing efforts for Traveling Love. Moreover, the international touring and marketing programs offered by Starmaker are some of the most critically important tools available to work markets outside of Canada and played a major part in the promotion of Travelling Love in both the U.S. and U.K.