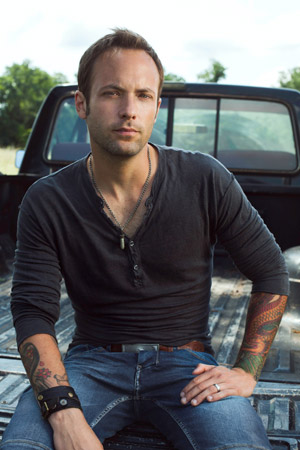 The album has since sold over 100,000 digital singles and generated five Top 10 songs at country radio. This includes his highest charting single, “Jumped Right In”, which peaked at number 4. In 2012, Dallas was named the most played Canadian Country act on radio according to Mediabase. Dallas was nominated for three Canadian Country Music Awards in 2013, including Album of the Year, Single of the Year and Male Artist of the Year and he performed on the broadcast. “Jumped Right In” was also nominated for Country Album of the Year at the 2013 Juno Awards. He was also chosen to perform at Canadian Music Week in 2013, where he received the award for Best New Country Act.

This would all not be possible without the support of the Radio Starmaker Fund. We were able to put together an extensive marketing campaign that included radio, television, online marketing, retail promotion and more. Dallas also toured Canada extensively, building a loyal fan base. While on tour, he was able to include multiple radio tours and station visits throughout all Canadian provinces. His touring consisted of club shows and festival dates through 2012 – 2013, including performances with Bob Seger, Florida-Georgia Line and Chad Brownlee.

Dallas and his team are beyond appreciative for all the support and funding that Starmaker has provided him over the last 2 years of his career. Without the domestic tour and marketing support, Dallas would have had limited resources to build such a strong profile and fan base and would not have been able to gain the same level of nationwide attention as quickly as he has.

We look forward to watching Dallas Smith’s career continue to grow in Canada and in the USA and thank the RSF for the incredible support and help in his rise to national stardom.