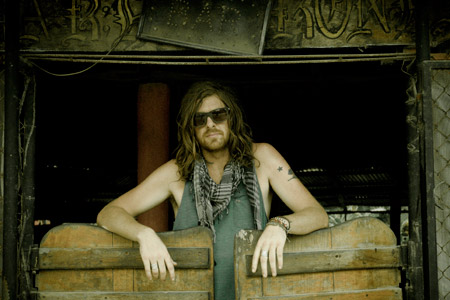 The Radio Starmaker Fund has been an integral part of the success of Matt Mays’ album Coyote. The album took several years to complete and Sonic Records faced the challenge of reconnecting Matt and his fans in a music marketplace that had changed considerably since his previous release in 2008.

Starmaker’s domestic marketing support had an immense impact in terms of allowing Sonic to make an investment in commercial radio advertising and promotion. Both “Take It On Faith“ and “Indio“ were Top 10 at Active Rock radio in Canada which played a major role in promoting both Matt’s record and his live shows.

He and his band completed a national tour in support of Coyote in late 2011 and another national tour in early 2012 with the assistance of the Fund’s domestic touring program. While these tours would have been undertaken regardless, the Starmaker funding made it possible for Matt to bring additional crew and production to enhance the shows, most of which sold out in advance.

A US tour in April of 2013 (with additional dates added in July) as the special guest of the Gaslight Anthem would have been financially impossible were it not for the support of the Radio Starmaker Fund’s international touring program. The tour put Matt and his band in front of the largest crowds he has ever played for outside Canada and was a massive success in terms of reaching new fans. It has also led to renewed interest from several U.S. booking agencies. He recently showcased at the Americana Music Association Conference in Nashville for potential new agents.

The US tour also provided the impetus for Sonic Records to release Coyote in the US via Redeye Distribution. Starmaker’s international marketing program enhanced our promotion for the release there both in terms of publicity and radio.

Matt has been fortunate to access all current Starmaker programs for this album cycle and the financial assistance has played a major role in the success of the Coyote release in North America. The funding is not taken for granted.