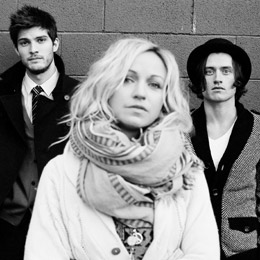 Hey Ocean! has been building their fervent following since 2008. After two independent releases, the group signed with Universal Music Canada to release their third full-length album IS. The Radio Starmaker Fund played a key role in the marketing and launch of the international release of the title in the US and Germany on Nettwerk Records in 2013. While established at home, Hey Ocean! had yet to tour or actively promote their music abroad. Starmaker funding has afforded Hey Ocean! the opportunity to tour outside of Canada at a level that would be financially impossible without their support. RSF international marketing support has also funded retail, radio and online marketing campaigns that were critical in building awareness for the band. They have just recently reached the Top 50 Mainstream Airplay Chart in Germany with their song “Make A New Dance Up”. With more international dates and the album’s release in the U.K. impending, the story continues to build around Hey Ocean!