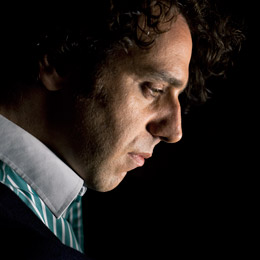 Chilly Gonzales’ domestic and international record labels were able to continue Solo Piano II marketing campaigns longer and across wider segments due to the monies provided by the Radio Starmaker Fund. His touring operation similarly expanded into secondary and even tertiary markets – tours that previously might have been no more than a show in the capital and two regional dates now include up to 15 dates in the same country. This is expanding his audience in key territories like Canada, the UK, France and Germany. Without the support of Starmaker, that expansion would have been less likely to happen as it’s a risky proposition for a self-produced entrepreneurial artist to attempt independently. Thanks to Starmaker, Chilly Gonzales and his team were in a position to take risks and as all musical genius entrepreneurs know: there is no reward without risk. Thank you Starmaker!