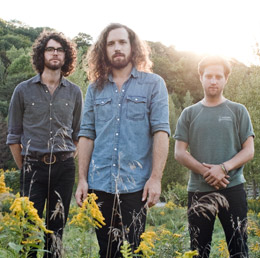 Yukon Blonde has been touring since 2009 and progressively developed a career starting in Canada and eventually spilling over into markets all over the world. The release of their Juno Award nominated sophomore album Tiger Talk put them on the national map and helped them develop to the point where they qualified for Starmaker programs toward the end of the album cycle. The timing was excellent as they were able to utilize the Fund’s touring support to great success in markets such as Australia, the USA and Canada. This opportunity has positioned them in an ideal place ahead of the release of their third album scheduled for release in 2015, where the band and record label will be able to utilize this support domestically and internationally to ensure a successful release around the world.