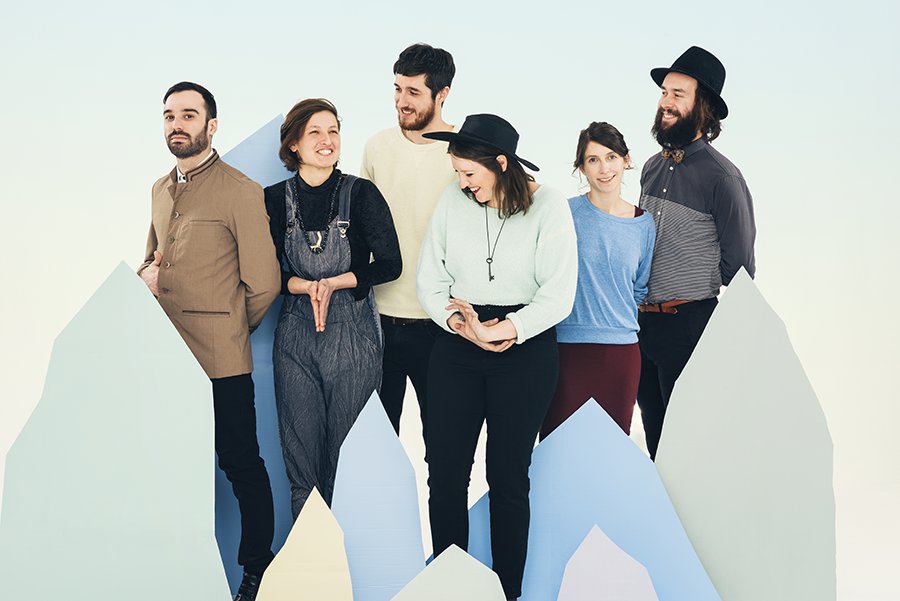 Groenland’s first album The Chase was an immediate indie favourite as soon as it was released in April of 2013. The orchestral-pop sextet’s catchy, heartwarming melodies gained praise and fans wherever they performed. In order to continue selling albums and growing their fan base, the band decided to invest in as many touring opportunities as possible. This strategy has led to continuing album sales and packed performances across Canada and Europe.

Starmaker funding has helped the band on multiple occasions. Soon after the release of their album and despite exponentially growing sales, their novice status gave them limited access to other grants, making it difficult to explore new territories outside of their Montreal home. The RSF’s Domestic Marketing grant provided the band with the ability to promote their first cross-country tour. Travel costs were already high (with six traveling musicians plus all their instruments) and the Starmaker grant meant the band could invest in logistics and their performance since many of the marketing costs would be covered. This tour built fan bases outside of Quebec all across the country, leading to many more performance offers and continued album sales over the next two years.

More recently, Starmaker provided funding for the band’s second European tour last Spring, both in the form of tour support and marketing. The tour was built around opportunities created during their first tour in Germany where they played the Reeperbahn Festival in 2014. That festival yielded invitations to perform at the Great Escape Festival in the UK, as well as providing industry contacts in Germany and France. Because the band had access to Starmaker’s international marketing funds, they were able to hire press agents in these territories, as well as offset the logistical costs of touring throughout Europe. These efforts led to more press coverage than they ever would have received on their own, continuing to grow their audience and popularity.

Groenland wrapped up their tour for The Chase in Elora, Ontario this past August, and have since started work on their second album which is due for release in the Spring of 2016. It has been an incredible run for the band and their team. The results they achieved, with more than 30,000 albums sold and over 150 shows performed, far exceeded anyone’s expectations for a first-time band. RSF funding provided the group with the opportunity to successfully promote their music in front of audiences in multiple territories far away from their Montreal base.