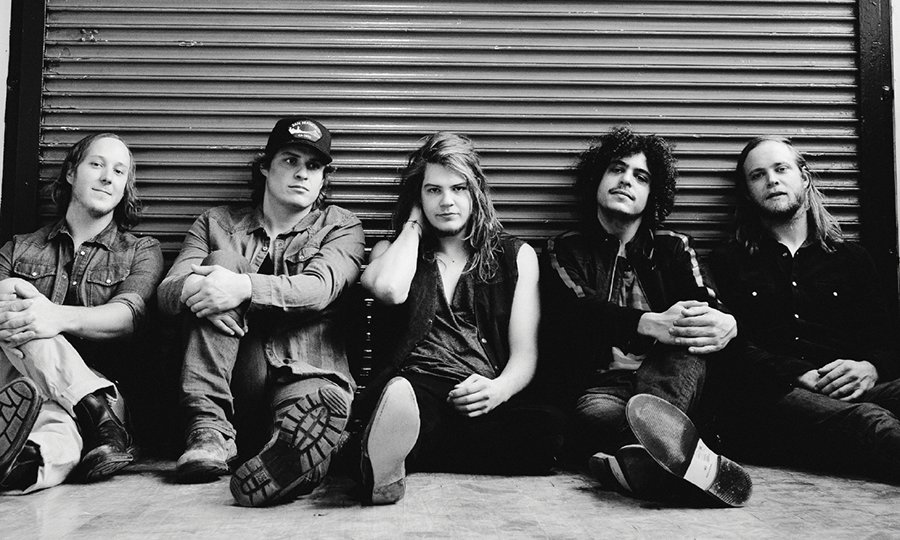 The Glorious Sons became eligible for support from the Radio Starmaker Fund in the summer of 2014 at an absolutely pivotal point in the band’s career. With two strong radio singles under their belt - “Mama” which peaked at #6 on the Active Rock charts, and “White Noise” which peaked at #2 - the band was preparing to release their first full-length record and embark on an aggressive touring schedule. Their album The Union was released on September 16th, 2014 and was supported by two national tours, a significant introductory tour into the United States, a Juno nomination for Rock Album of the Year, SiriusXM Indie Awards for Group of the Year and Rock Group of the Year and three more near chart-topping Active Rock singles - “Heavy” (#3), “Lightning” (#2) and “The Contender” (#2). The band’s rapid ascension and growth over the last twelve months was supported generously by the Radio Starmaker Fund.

Domestically, the RSF’s support allowed Black Box to execute a more comprehensive marketing strategy than we otherwise could have afforded on our own. The Glorious Sons’ profile in Canada was accelerated greatly by the radio support they received. As a result, there was a strong emphasis on marketing and promotion on radio that was both highly impactful and extremely costly. Amplifying Black Box’s label marketing budget to accommodate these spends, along with a commitment to large-scale retail initiatives was a key part in connecting the band’s audience from hearing their music on the radio to making a purchase. To date, the band has sold nearly 50,000 singles and over 17,500 albums/EPs. There is a direct correlation between the marketing support offered by Starmaker and the sustained success of The Union release.

From a touring perspective, Black Box and The Glorious Sons felt it was imperative that the band be on the road as much as possible to support this release. The band has an undeniable live performance that has won over audiences across the country. Simply put, it’s their best marketing tool. The tour support the band received from Starmaker allowed them to hire a proper tour manager and sound tech, rent a larger touring vehicle to accommodate the larger touring party, fix existing musical equipment and absorb some of the hefty pre-tour expenses such as large merchandise orders, gear purchases and rehearsals more comfortably. Without the domestic tour support from the Radio Starmaker Fund, it’s doubtful the band would have been able to execute the level of touring they undertook.

Internationally, it is safe to say that RSF support was integral to the growth and development of the project. With efforts focused in the United States including a 30-date national support tour, Black Box applied and was approved for an International Marketing grant. The funds were spent entirely on a three-month rock radio campaign for the single “Heavy”. The radio campaign was an unqualified success, with official adds at 10 stations spread across the country. The net result was a peak chart position of #22 on the Modern Rock chart, over 500 singles and 80-100 albums sold per week over a two month period, as well as a significant growth on social media. This momentum landed the band a booking agent at The Paradigm Agency in Nashville, a publishing deal with BMG out of Los Angeles, key supporters at LiveNation US and strong label interest.

The fee for The Glorious Sons on this support tour was very small and the International Touring funds offered from Starmaker made the tour feasible. The funding allowed the band to bring a professional tour manager and sound tech, rent a large enough vehicle to accommodate their 8-person touring party and subsidized expenses incurred in expensive US dollars such as fuel, hotels, meals, etc. Being able to forge this growth and generate the business opportunities outlined above without the band going into personal or collective debt is a very important element and an advantage of the RSF that cannot be understated. The residual effects of the international funding the band received from the Radio Starmaker Fund in 2014 will continue to be felt for the foreseeable future. It is absolutely making a difference.