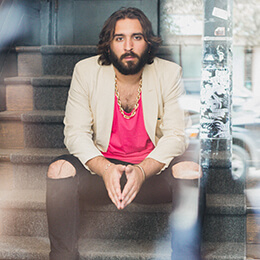 Coleman Hell got his first big break when his single “2 Heads” soared to #1 on Hype Machine and began amassing millions of streams on Spotify shortly thereafter. Landing a worldwide recording deal with Columbia Records (excluding Canada, where he is signed to 604 Records), “2 Heads” would eventually go four-times platinum in Canada and gold in the US, racking up 100 million streams on Spotify alone.

The Radio Starmaker Fund played a crucial role in Coleman Hell's career development by enabling him to hit the road for most of 2016 and solidify his fan base. He progressed from small shows at clubs and universities to a slew of summer festival performances across Canada and the US and finally, to being a hard ticket headliner. The funds provided by the RSF played an integral role in the development of Coleman’s touring business and the progression of his live production. This financial support allowed for flexibility in our touring plans and helped elevate the Coleman Hell brand in ways that wouldn't have otherwise been possible.