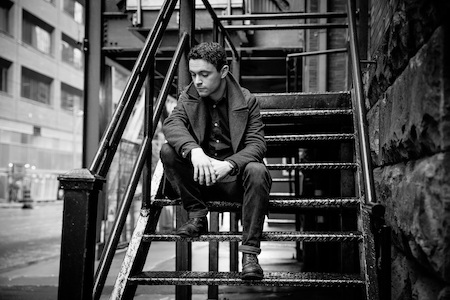 Initiated and timed to coincide with the release of singer/songwriter Joshua Hyslop's third studio album Echos, Nettwerk launched a comprehensive global marketing campaign leading into the record's release on February 23rd, 2018. Culminating in a series of new career milestones for Joshua, the campaign saw Echos debut at #1 on the iTunes Singer/Songwriter Charts. Building off previous success at streaming, the album and singles “Stand Your Ground” and “Home” served as an opportunity to forge new inroads at streaming resulting in key playlist placement. In addition, Echos received support from national and regional outlets at press and online and brought scores of new fans into the fold, reflected in increases in new followers across Joshua's socials. Following this success, Joshua is gearing up to embark on a worldwide tour with JUNO nominated act Great Lake Swimmers.

With the release of Echos, Nettwerk continued to build Joshua's story at traditional print press and online outlets alike. In Canada, Echos was spotlighted on national art and music platform Exclaim! while also receiving support from press across the country. Also timed around the release of Echos were radio, press and online campaigns in the United Kingdom, Ireland, Belgium, the Netherlands and Luxembourg. MTV Germany, MTV Switzerland and VIVA TV alongside many other outlets across Europe also completed features on Joshua during our campaign. Aside from helping to drive Echos to a #1 debut on the iTunes Singer/Songwriter Charts, these promotional campaigns also helped ensure significant streaming increases in their targeted territory.

Overall, these digital marketing initiatives in conjunction with campaigns at press and radio were instrumental in building further awareness for Joshua Hyslop and Echos on a global scale. Key to re-energizing existing fans as well as acquiring new listeners, results from these initiatives are also reflected in consistently increasing activity across Joshua's online profiles. Following several strategic digital marketing, publicity and radio campaigns, Joshua's profile has continued to rise, setting new career highs at streaming while continuing to solidify him as a mainstay on globally recognized outlets. Echos has not only succeeded in resonating with existing fans but also brought Joshua's music to new listeners worldwide.