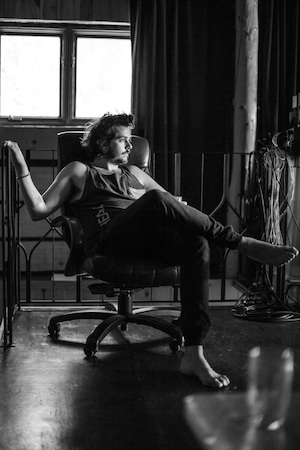 Since the launch of Solitudes in September 2016, Matt Holubowski's career has exploded across Canada and has made waves in Europe and the United States. The persistent and successful marketing efforts surrounding this record and its tour are largely due to the Radio Starmaker Fund's support over the last two years.

In Canada, a solid promotional strategy allowed Matt to be present in the media through PR and in fans' minds through social media presence, ad buys and postering. Solitudes went Gold with more 40,000 records sold since its release – a rare feat in today's industry.

In Europe, Starmaker's funding allowed the band to showcase at Reeperbahn in Germany and Printemps de Bourges in France, where key labels and booking agents took notice. Matt signed with a record label in Germany, followed by another in France, and signed deals with booking agents in the UK and in France.

In the United States, Matt's media presence was bolstered by an extensive PR campaign surrounding his booking of the prestigious Bonnaroo festival. He returned to the United States in the fall for five headlining dates that allowed him to play live sessions with interesting local media outlets.

From Montreal to Berlin, New York, Paris, Los Angeles, London, Vancouver, Toronto, Ottawa, and many other cities, Starmaker has supported 76 of Matt Holubowski's tour dates both in Canada and abroad – a true boost in this artist's burgeoning career.