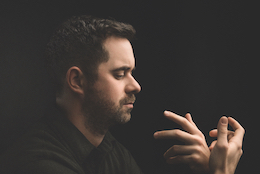 Jean-Michel Blais is a post-classical pianist and composer from Montreal, Canada who pairs pop melodicism and conservatory training with experimental electronics and surprising improvisational turns. Il, his debut album of original compositions, was released in 2016 by Arts & Crafts and has amassed remarkable success in North America and Europe. His sophomore album, Dans ma main, made the 2018 Polaris Prize Short List.

With the support of Radio Starmaker's international and domestic touring and marketing programs, Jean-Michel Blais has been able to tour France, Switzerland, Germany, United Kingdom, Spain, the United States, and Canada. In France, he was able to perform at the Arte Live Festival thanks to the support of Starmaker. Touring to New York, Chicago, and Los Angeles with the support of Starmaker has also allowed Blais to continue to build on his regular visits and unlock follow-up returns to perform in increasingly larger venues. As a result of Starmaker's support, Jean-Michel Blais has been able to steadily increase his market demand domestically and internationally. The fund is an important part of building the profile of Canadian artists around the world.