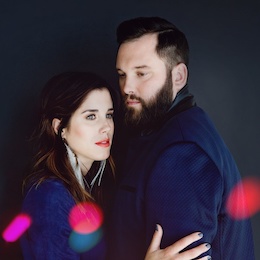 Support from the Radio Starmaker Fund enabled Fortunate Ones to build momentum in advance of their sophomore release Hold Fast, touring extensively across North America supporting Alan Doyle. Further support is now helping them capitalize on the success of that tour as they embark on their own cross Canada headline album release tour.

Exposure to large audiences during the critical campaign launch period has increased Fortunate Ones' visibility. A pre-order campaign was active throughout, inviting fans to be a part of the record release and celebrating the band's Newfoundland roots with exclusive packages.

Singles released so far have immediately gained traction at radio. The title track “Hold Fast” reached #1 on the CBC Music Top 20, spending 10 weeks on the chart. The single “Northern Star” spent eight weeks on the chart, peaking at #3 and resulting in Fortunate Ones' music spending 18 weeks in the Top 20.