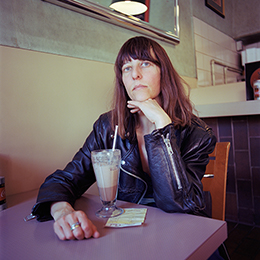 When we were planning Jennifer Castle’s Angels Of Death album and looking towards the year and a half of touring to promote the record, it would have been an entirely different scenario had Idée Fixe Records and Straight & Narrow management not had the support of Radio Starmaker. At long last with the help of The Radio Starmaker Fund, Jennifer was able to tour with her six-piece band, enabling her to play larger stages and several festival appearances.

Highlights of the campaign included a sold-out hometown show in Toronto at The Danforth Music Hall; festivals such as Mariposa, Sappyfest, and Supercrawl; as well as touring North America with Neko Case and the EU with Eleanor Friedberger. In the constantly evolving music business, there is no substitute for getting in front of audiences and spreading the word in person. Thanks to Starmaker for helping export our culture at home and abroad.