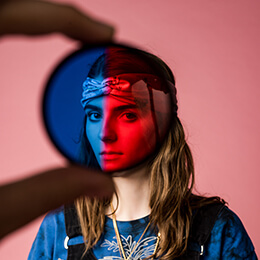 German-born, Toronto-based singer-songwriter, bülow, would like to thank Starmaker’s continued support for funding her recent domestic and international touring opportunities. Over the past two years, with her debut single, “Not a Love Song” amassing over 150 million streams internationally, touring has remained a significant attribution to her artist recognition and career growth.

Initially growing her audience domestically in Canada across small club shows, festivals, and campus events, Starmaker support made it possible to confidently export her live performance to international markets such as the US and Europe. Last summer, bülow performed four slots for Lollapalooza 2019, including a headlining performance with the Chainsmokers and Ty Dolla $ign for the electronic duo’s single “Do You Mean.” On the same weekend, she performed at Osheaga in Montreal, truly demonstrating the demand for her talent and upward trajectory in North America. bülow also heavily toured two legs as the opener on Lauv’s 2019 “how i'm feeling” tour across Southeast Asia and North America, further cementing her name to household recognition.

Wax Records have identified that tour support opportunities of this kind have been most effective in boosting bülow’s fanbase organically, allowing her to enter uncaptured markets as well as strengthening and building upon audiences already retained. Having accomplished a sold-out show at The Danforth Music Hall in Toronto and earning her first Juno Award for Breakthrough Artist of the Year in 2019, bülow stands tall as an impressive flag-bearer of things to come.