Success Fact: Busty and the Bass 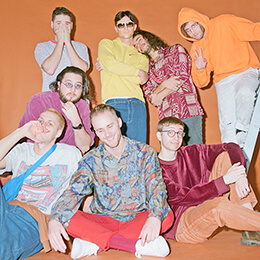 Newly accepted to the fund at the tail end of last year, Busty and the Bass were afforded the opportunity to level up their marketing tactics across the board thanks to Radio Starmaker Fund's unwavering support. For the first time in their tenure as a band, they had the luxury of hiring promo teams across the world, testing out where and what works and shifting funds to dive deeper into the pockets offering valuable return. This manifested in radio and PR teams that broke down the walls on the band’s behalf with promotional gatekeepers across the world. These results are a product of months of effort across a campaign in which the timeline had to be extended by four months due to the pandemic.

In a convoluted year, riddled with unknowns, distraction within the media world was inevitable and the flexibility to adapt to the altering circumstances were quintessential to Busty and the Bass’ success. With the album now out for two months, it is safe to say that all goals were met and the promotional wins have resulted in widespread support behind this album, dramatically growing the band's listener base, and online audience. Simply put, this campaign wouldn't have been financially feasible without the support of Radio Starmaker Fund.