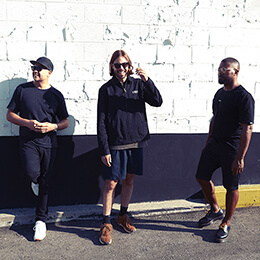 The Radio Starmaker Fund has been an incredible supporter of Keys N Krates over the last year. In July 2019 we released our latest project A Beat Tape For Your Friends. The goal for this recording was to familiarize ourselves with the self-release process, as this project came out on our own imprint, Odd Soul Records. In addition to this, we wanted to have a project to keep fans engaged between major releases, as well as have new music to tour in the interim, allowing us to build hard ticket value in various North American markets.

Starmaker was a significantly impactful supporter of our tour dates in support of this release as we worked to navigate the independent artist landscape in 2019. Over the last year we completed over 20 tour dates that were supported by the Radio Starmaker Fund. This allowed Keys N Krates to perform for over 75,000 fans, strengthening bonds between already existing fans, and gaining thousands of new supporters along the way.